However, spokesman for the EFCC, Wilson Uwujaren, told Sunday Vanguard, yesterday, that he was unaware of the arrest.

The statement read in part: On 19 January 2023, the EFCC invited and detained Tantita's Executive Director of Operations and Technical, Capt. Warredi Enisuoh . He has been in EFCC custody since. All efforts to ensure his release have proved abortive, as the Commission insisted that unless he provides a list of names which were his intelligence sources, it would not release him.

"The EFCC's invitation came right in the middle of an ongoing operation to unravel one of the biggest oil stealing cartels in the country. Capt Enisuoh flew straight from Port Harcourt (where he was coordinating the operations) to Lagos to heed the EFCC's invitation and walked right into a trap.

"Because Capt Enisuoh refused to divulge the name of intelligence assets, the EFCC refused to release him or grant him bail (even though he was already on bail before a court of law, as well as on administratively before the EFCC since the 6th of September 2022). They have continued to hold him claiming he is being uncooperative.

"While Tantita is determined to carry on the fight against the oil thieves regardless, it is our position that the EFCC investigation, if genuine, can carry out its work with minimal interference to the war on oil thieves. If not, powerful forces have clearly used it to scuttle the war on oil thieves. Let Nigerians be aware of what they have done in their name."

"In 2015/2016, the EFCC began four cases against Capt Warredi and several others. Of the four, three have been concluded in favor of Capt Enisuoh. The last one is presently ongoing before Honourable Justice Faji of the Federal High Court, Lagos.

"Before they instituted these cases, the EFCC issued orders to various banks to block all Capt Enisuoh's bank accounts. He challenged this administrative order in court because the EFCC has no power to freeze accounts without a court order and the Federal High Court lifted the freeze orders.

"The banks failed to comply, so he brought contempt proceedings against them, somehow the new judge handling the contempt proceedings froze the accounts again. Capt Warredi appealed to the Court of Appeal, which overturned the second judge and restored the orders of the first judge.

"Then in September 2022, one month after Tantita began operations, the EFCC invited Capt Warredi and asked him how he gained access to the accounts. He showed them certified true copies of the judgment of the Court of Appeal, they also asked him to make statements, which he did, and pointed out that the questions bordered on the ongoing trial before the Federal High Court, Lagos.

"The investigating team, led by Mr. Lawal Aminu, claimed to be unaware of the case, so he provided a certified true copy of the charge and pointed out that the prosecution was being led by Mr. Rotimi Oyedepo, SAN, a staff of the EFCC. He declined to make further statements on a matter sub judice.

"However, as the war against oil thieves firmed up, many of them have continued to threaten that those trying to stop their nefarious business would pay dearly for it. The Court of Appeal delivered judgment in 2017, over five years ago".

Again, Capt Warredi is undergoing a full trial, would it not be better to let the courts decide who is right and who is wrong?

"Initially, the EFCC dangled bail before Capt Enisuoh on the condition he divulged the names of persons paid out of the accounts. He pointed out that besides the fact that the matter was presently undergoing trial in court, the persons concerned were intelligence assets, who provided valuable intelligence and need to be protected.

"Some of these people are still providing intelligence in our ongoing operations at Tantita. Compromising their details will not only blow their cover but also interfere with the ongoing war against oil thieves." 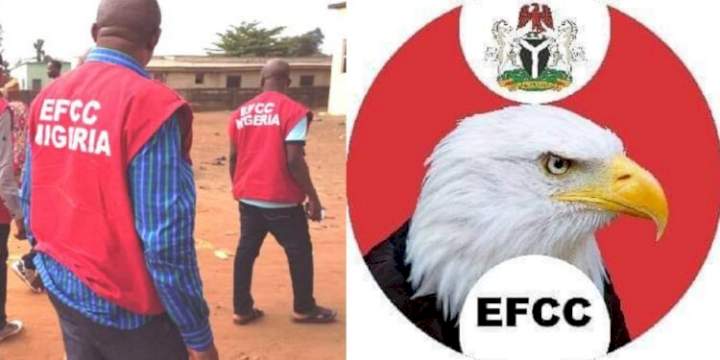 "How can you let EFCC arrest your guests" - Lady berates hotel management. 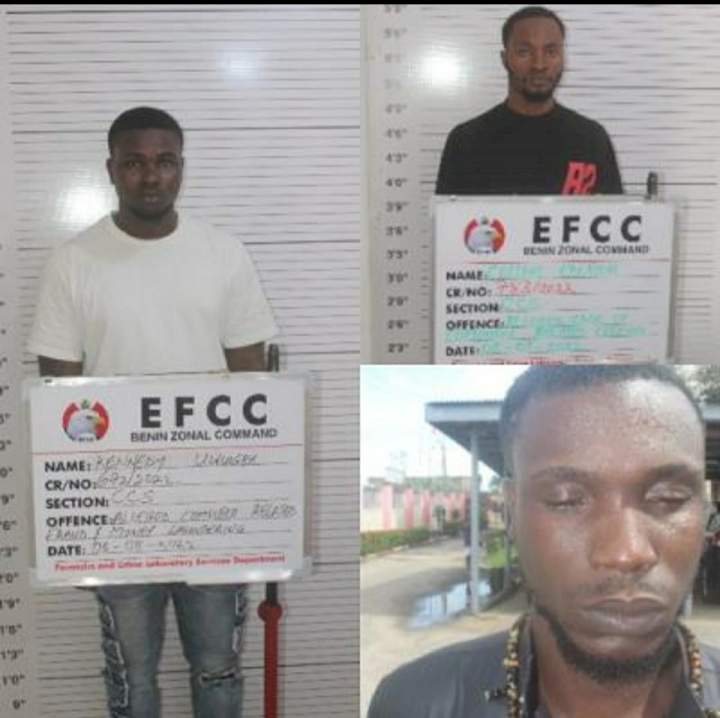 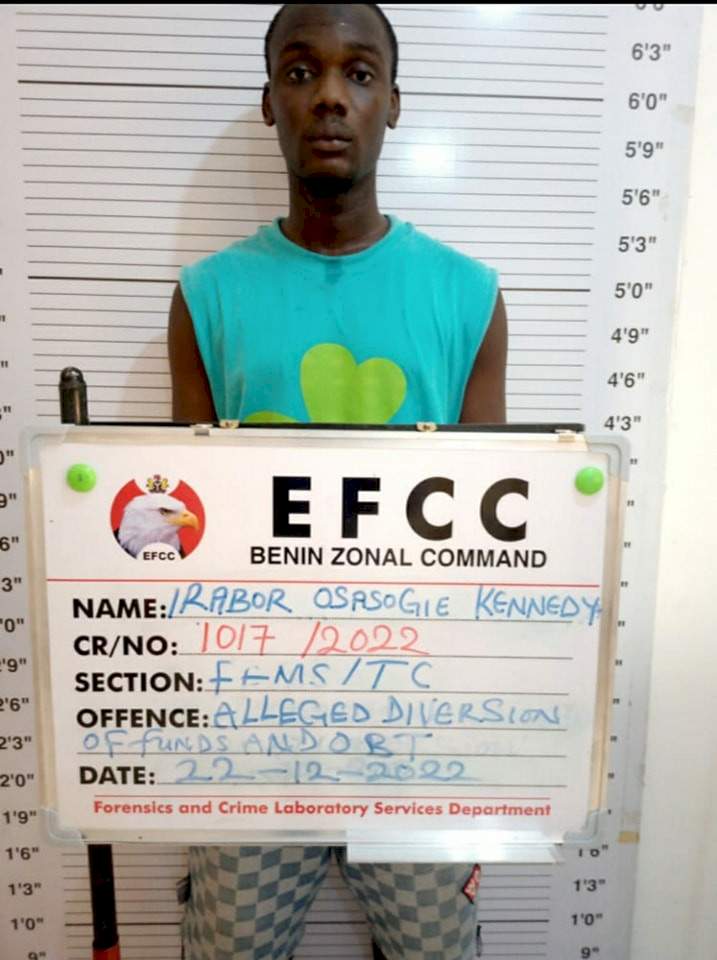 EFCC arrests 21-year-old man for duping German woman of €17,000 after offering to help her recover €68k from a fraudster 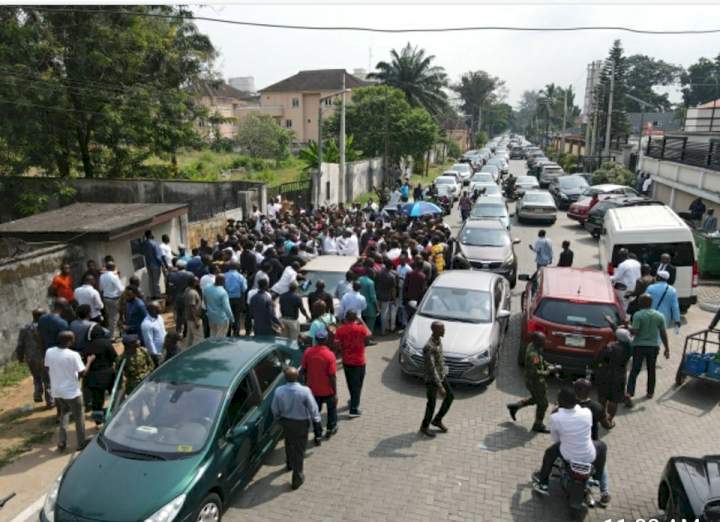 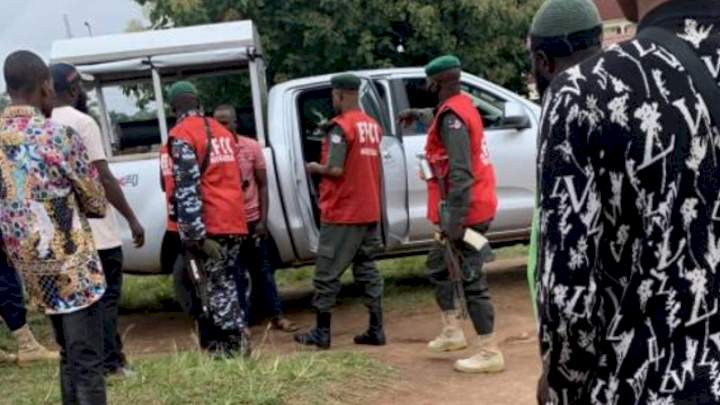